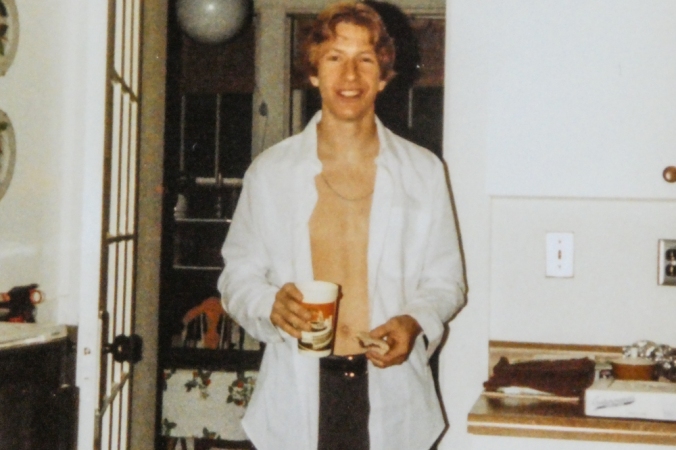 I was moving my photo albums around this week, when by accident a picture of my best friend in high school, Matt, fell out.

I must have taken the picture sometime in 1982 or 1983. He finished high school early, with a GED, to immediately pursue an auto mechanics program in St. Louis. When I las saw him at his wedding in the mid-1980s, he had gone on to a career in that field.

The picture shows the guy I remember well and still respect. He was looking macho, wearing a smile.

Matt never seemed mad. He always had a positive attitude. He was born cool and did not need to have his badass status affirmed by the limited social world of my high school. Let’s face it, some people simply are born to be a little wild, and stand out from a crowd.

Matt worked his ass off at a tire retailer, making more money than me. With his savings, he paid for a 1969 black and red Camaro Z, a V8 hot rod he fixed up for speed and show. You cannot be more cool when you are 17 than having one of these cars. When Matt hit the gas in neutral, the engine roared and heads turned. He also paid for his own Triumph motorcycle with a beautiful blue trim. Both the car and bike could fly, and he loved speed.

The more mature and beautiful young women our age fell for Matt—something they told me years laters—but he didn’t pay attention to them. He had been dating his sweetheart from a different city since he was in the seventh grade.

Matt and I played soccer together on our high school’s soccer team our junior and senior years. He was stronger, more athletic than me, playing a center fullback position, holding up our defense with grit, speed, and power.

Matt learned how to play in Brazil, where his mother took him kicking and screaming when he was in the seventh grade. She saw him going wild at that age. As a teacher committed to social causes, she wanted to expose her only son to the third world and a life outside of urban St. Louis and clean him up from the many influences of drugs that surrounded all of us then. It worked. I wish I could have done the same.

He told me about clearing fields of sugar cane in the blazing sun at a village near Brasilia, where he and some other Americans were living and helping residents for a year.

After Brazil, Matt totally changed. I have never seen anything like it up to that point. Most young men, like me, at that age are immature. Matt had already become a man, he was clear about what he wanted to do (auto mechanics), and he achieved his goals with hard work. 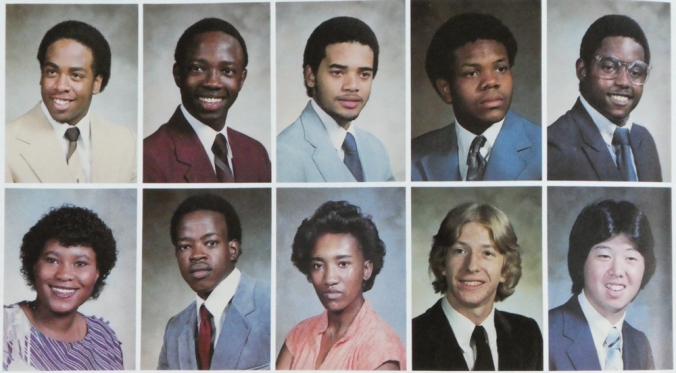 Matt could deal with anyone from any race or culture. I never once saw any of the bad boys at our majority black high school try to test and taunt him with threats of violence—something that happened a lot. Some of that was racially motivated, and a good part was about establishing the male pecking order. Matt had street cred, and in that world, it was the currency that mattered. Matt was a different kind of dude. He had respect.

I never knew why Matt spent time with me. He was a shop guy, a genius at auto mechanics, and I was trying to be a serious, nerdy student going to college. Maybe we got along well because both of us had divorced single mothers as parents who had fathers who had left our families in bad circumstances. And we both had cleaned up from the dope scene at the same time too, when many of our peers were just starting to do drugs. We had replaced those vices with soccer and jobs. Maybe we had moved on already before we had left that school.

Sadly, I lost touch with him midway through my college degree. I left for Portland in 1983. He was married by the time he was 21. I never came back to St. Louis, except for occasional holidays. None of the few people I stayed in touch with from my high school knew where he went. I think Matt left that world behind, bought an auto garage, and became a business owner while raising a family.

Every year or two I try to find him. He has stayed off the grid or has already passed away. I don’t know.

However, Matt’s memory lives on. On a list I made of all of the mentors who influenced me, my old friend sits near the top of the list. His year in Brazil made me want to find places outside of the United States where life was more raw and more real than suburban St. Louis. Most of all he showed me that authenticity can never be faked. When you show up real, people will treat you accordingly.

Matt, wherever you are, if you are still with us, I wish you the best.