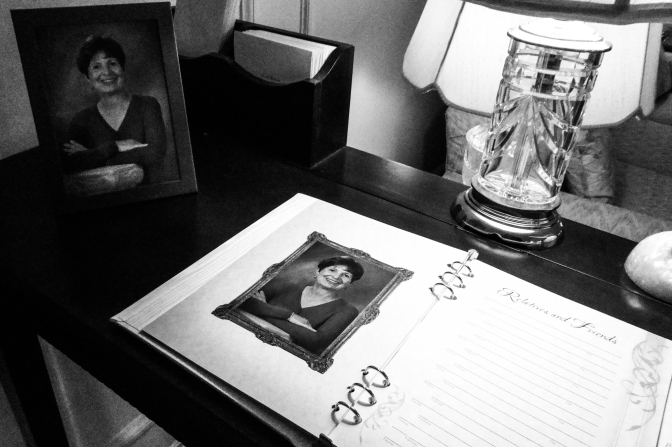 A year has passed since my mom died from Alzheimer’s disease. It’s an illness that will crush and humble most mere mortals, and even the brave and the strong.

I had been awaiting for this day, contemplating its meaning as it got closer and then arrived.

The markers of time the past year have been unlike anything I can remember.

Collectively we have lived through a global pandemic, which was just taking off right after I flew home. The United States’ imperfect democracy nearly collapsed under the continued assault by Donald Trump and his fascist enablers. Wildfires engulfed my state, and I worked through that for weeks as part of the state’s response. Now I find myself working on the state’s pandemic response, never slowing down.

I am relieved my mother is no longer suffering, nor her husband (my stepfather).

I feel like I have changed too. Luckily my solace has been the music of Johann Sebastian Bach.

At the ceremony of life for my late mom, on Feb. 11, 2020, the church choir and musicians performed Bach’s Jesu, Joy of Man’s Desiring (from Cantata 147).

It was if Bach was speaking to my heart across time and space and said: Peace had come. Her journey had ended. All would be fine. I listened again to this piece over the weekend, and it brought great comfort. Bach’s music has let me say farewell.